News, stories, and insights from within the vacation rental industry. 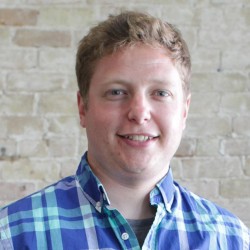 A group from this summer's Techstars Austin class got together yesterday for a quick impromptu hackathon. It was a great time, and we all thought it would be fun to learn Meteor. In an attempt to spread the word, we named the hackathon #TSMeteorHack.

We started at 10:30AM with just a few of us, and grew quickly to about a dozen people working on something. We had some folks that were completely new to coding, so it was awesome to see everyone help each other.

At about 3PM, people were starting to hit snags and were scanning the web for Meteor tutorials:

Before dinner time, we had our first project deployed by our very own Evan Hammer. He built a useful timer to help us time our Demo Day practice pitches over the next few weeks. Shortly after that, Matt Jared deployed his app that uses the Twitter API to get the attendance of the hackathon.

At the end of the night, everyone had something deployed via Meteor's awesome free hosting service. A big shout out to Vic from Cloud66 for bringing us ice cream!

Here is a list of the #TSMeteorHack apps for everyone to enjoy:

Nick is one of the co-founders of Smart Host. He's responsible for sales, customer support, and business development.